In Matt Lifson’s Fade In at NOON Projects, Lifson explores the impact of film on queerness as both a personal investigation and a cultural critique. Lifson looks back to his identity-forming teen years and turns to our image culture to find a language for self-sense-making. The particular films don’t matter so much as the way Lifson pulled from the stew of mass media images floating in his memory, his personal exploration suggesting the viewer could do the same. In the gaps between seemingly disparate images laid atop one another, a narrative is suggested, left for the viewer to piece together.

In Time Out three lonely figures stare out from their own corners of the painting into an empty space with the ghostly trace of the other two, like a jammed slide projector or 1990s music video, as if waiting for or searching for one another. To each other each figure is an other, never on the same plane despite being right there. There’s a musicality to these paintings, just like memories and fantasies become atmospheric in your mind. In the anchor piece of the show, S for mom, is another kind of interplay between surface and submerged. A rope in water moves like a body in space, shaped like the letter S for Lifson’s mother Susan. Is the rope an attempt to save? Did someone not make it? 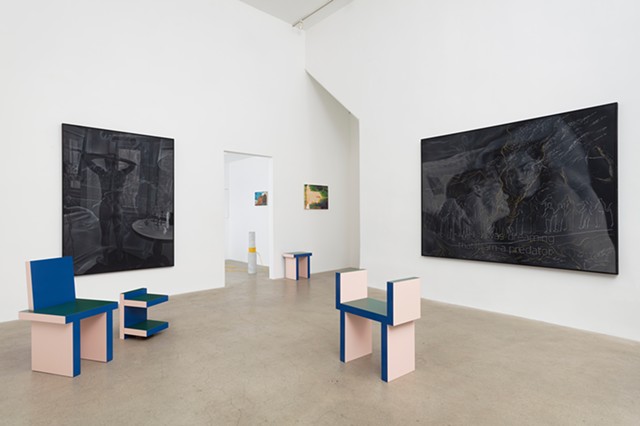 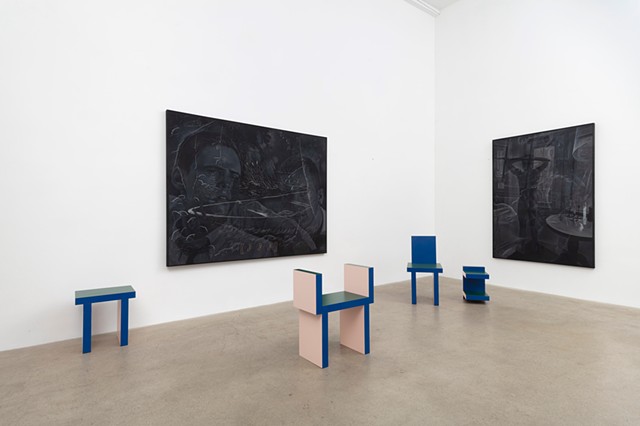 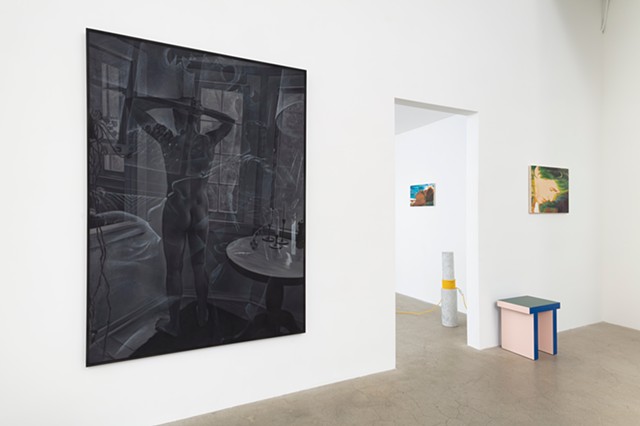 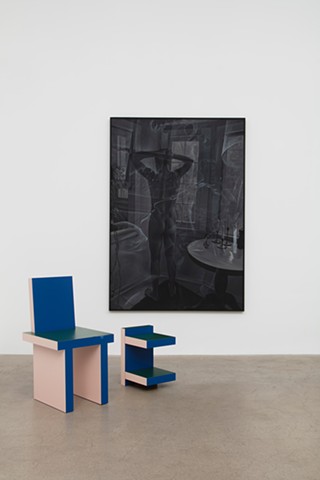 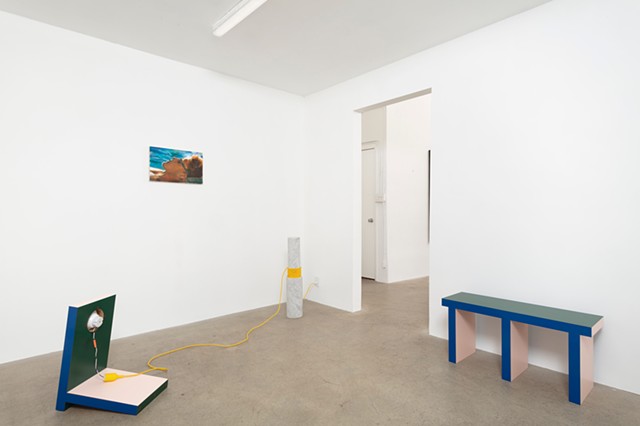 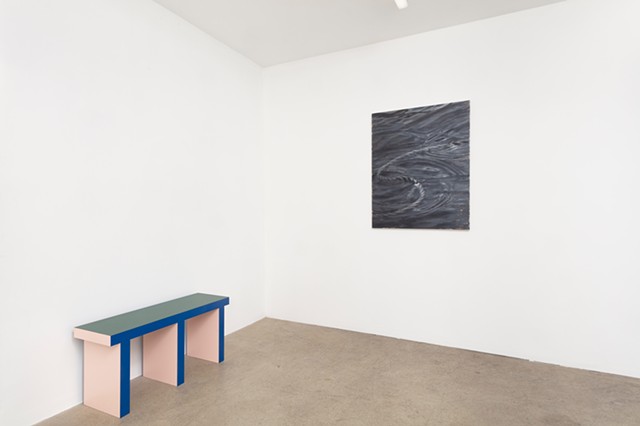 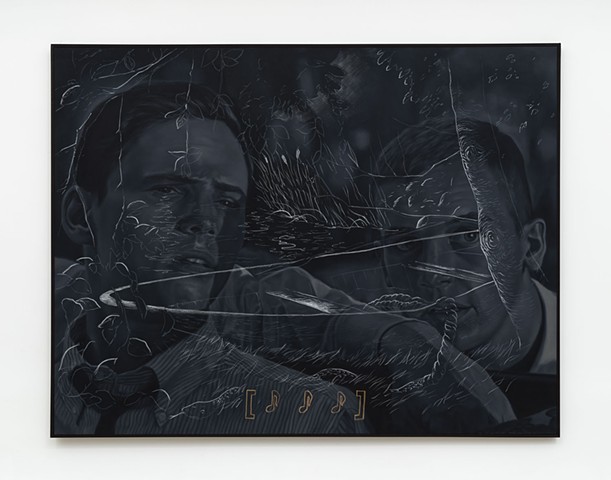 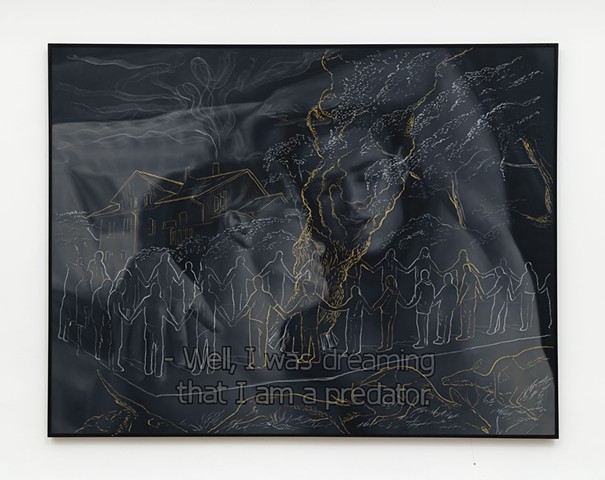 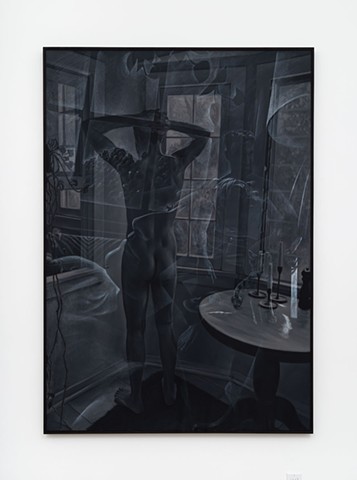 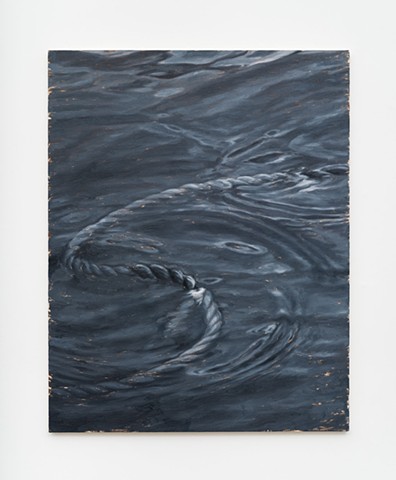 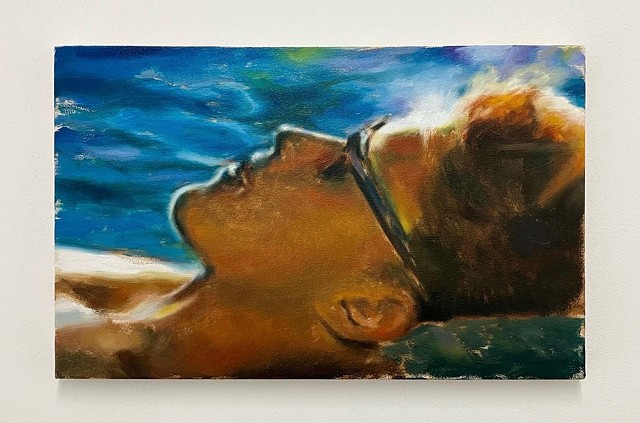 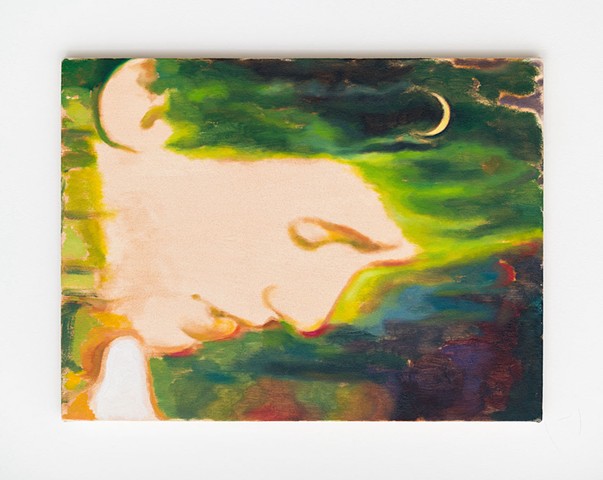